GOD IN THE WHIRLWIND

God in the Whirlwind by David F. Wells 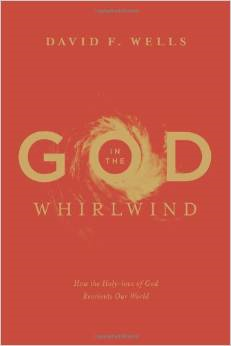 This book represents the final book in a series from David Wells, the Gordon-Conwell Theological Seminary professor, which started in 1993 with his landmark release “No Room for Truth”. This book is partly a follow up to that series and partly a response to his critics that bemoaned his identification of a problem but failure to offer a solution. While I don’t know how correct that criticism was, the bottom line result of it was the writing of this book and in that regard I am thankful for their critique.

The problem with modern day Evangelicalism, as Wells puts it, is that we are in the world and there is precious little to distinguish us from the world. Our churches have been infiltrated by worldly values and it has changed the way that we see, serve, and worship God. One particular point that he dwells on is the way that secular psychological thinking has moved us from being outwardly focused on the God who is there to being inwardly searching for the God who is inside of us. One of the resulting effects is the loss of Christianity as objective and external and a much more subjective Christianity that is molded and fashioned to meet our felt needs above Christ’s demands of righteousness.

So what is the solution to this dilemma facing Christendom in the west? In the words of the author, we must rediscover the truth of scripture and look to the Holy-Love of God as it is defined and described in the Bible. This is the shorthand that Wells has coined to capture the essential nature of our God as being all loving, with the hyphenated corrective of His righteousness attached to make sure that we don’t mistake God’s love for the sappy sentimentality of our culture. It’s a basic message really but it’s so foundational to our faith that it is one that never gets worn out by repetition.

The book is very well written and the author is able to write in such an engaging way that I really got a lot out of it. His criticisms of modern culture are fair and well-rounded enough that nobody should be able to read it without being convicted of their own sin (I had a few wincing moments) whether it be in the areas of media consumption, self-absorbed worship, consumerism, you name it and he will probably mention your area of weakness. I would recommend the book to just about anyone. It’s written in a readable style and would be accessible even to those who don’t fancy themselves to be readers or who may be intimidated by a book on theology.